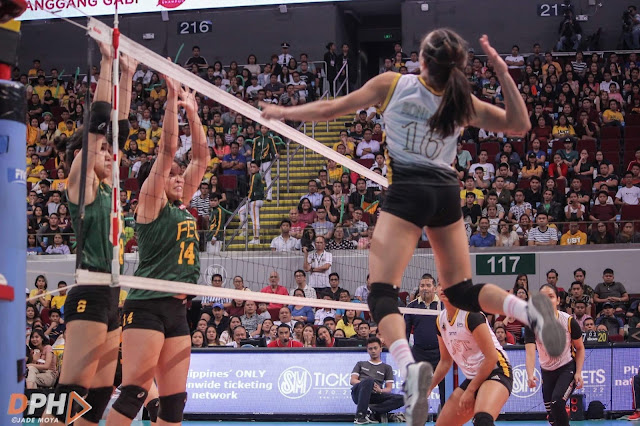 With that Golden Tigresses win, they are now back at the Final Four on solo third, 9-4, after being at the seventh place last season and a chance to gain a twice-to-beat advantage if La Salle will drop their two upcoming games against UE and FEU. While the Lady Tamaraws is now back on the Final Four as well, with their fifth straight Final Four appearance on 8-5 at the fourth spot of the standing.

Heather Guino-o is the only Tamaraw who got a double digit score earlier for the Tamaraws with 14 points, 11 attacks, 1 block, 2 service aces and 11 digs. Captain Jerrili Malabanan, Angel Cayuna and rookie France Ronquillo contributed points for the Tamaraws as well but still not enough to give them a win.