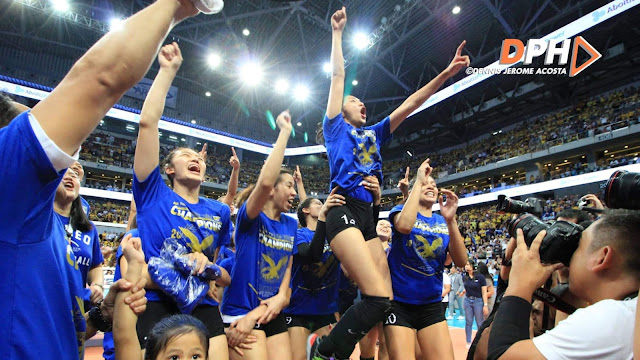 PASAY CITY—After dropping Game 1 and bouncing back in Game 2, the Ateneo Lady Eagles reclaimed the UAAP women's volleyball championship after beating the UST Golden Tigresses in thrilling straight sets, 25-17,25-22,25-22, in Game 3 of the finals Saturday evening at the Mall of Asia Arena.

Kat Tolentino led the Lady Eagles with 15 points on 11 spikes.

De Leon, Gequillana and Madayag were in the roster of the Lady Eagles when they also won a championship in Season 77.

Graduating captain Sisi Rondina led the Tigresses with 18 points on 17 spikes and one block with 11 excellent digs and seven excellent receptions.

Eya Laure only got 10 points for this game on nine spikes.

The Golden Tigresses will miss the services of Rondina and libero Rica Rivera as they also exhausted their playing years as well.