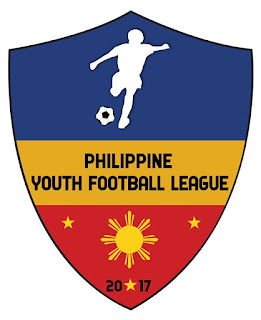 MANILA--The participating teams in the Speed Regalo Youth Football League made the most out of the holiday as the said league resumed action at the Alabang Country Club in Muntinlupa on Wednesday.

However, some teams still came out to work on Labor Day as a bunch of blowouts highlighted the said matchday.

Ceres North provided the day's biggest highlight by going on a goal fest to zap G8 Academy, 12-0, in the U17 Division.

Ceres North already opened a 6-0 lead at halftime before doubling the lead at fulltime.

The said rout duplicated the victory of its sister team Ceres South, which romped Loyola, 4-0, in the curtain raiser of the six-match card in the U17 Division.

In another lopsided result, Kaya Elite 02/03 went on a second half barrage to beat Laos Football Club, 5-0.

Meanwhile, the U13 Division matches were marred with romps, highlighted by Loyola's 10-0 zapping of Green Archers United, the second biggest win of the day.

Loyola went full throttle from the get-go, already opening a 6-0 lead at halftime before settling for the 10-0 win.

Loyola's rout eclipsed DFU's 9-0 romp of Laos in another U13 action.

In other U13 play, G8 tripped Atletico Diliman, 6-1, while Mendiola and Agila MSA scored identical 5-1 wins against Forza and Ceres South respectively.

Another highlight in the U13 Division was the goal fest between Ceres North and Malaya, which ended in Ceres North's favor, 6-3.

The U15 Division did not lack a rout as well Laos pulled off the day's biggest upset, blanking Kaya Football Academy, 5-0.

Also completing a shocker in U15 play was Malaya, which beat Ceres North, 2-1.

In the other U17 fixtures, GOM edged Forza, 1-0, Young Pinoy edged Apuesto Bueno, 3-0, and Malaya won over Mendiola by forfeiture.