CSB's Carlos out to defend 1-on-1 title

CSB's Carlos out to defend 1-on-1 title 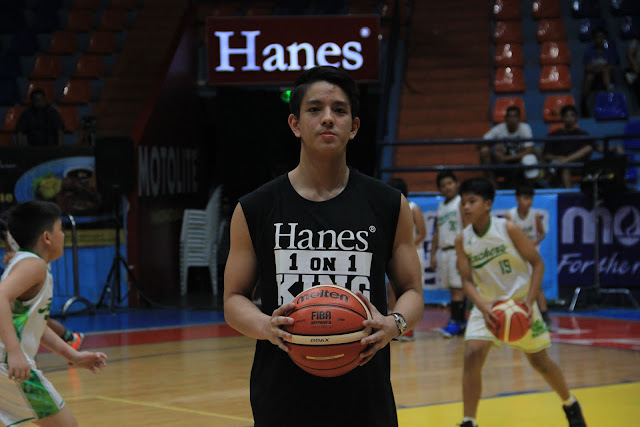 College of St. Benilde’s youthful Prince Carlos will return to defend the Hanes One-On-One King of the Hardcourt when it tips off in the second week of play in the ongoing Filoil Flying V Preseason Cup.

“Competing in last year’s Hanes One-On-One King of the Hardcourt really improved my game,” bared Carlos. “In high school at De La Salle Zobel, I was known more as a shooter. But in one-on-one, you cannot shoot all the time. You also have to attack that basket and rebound or else you will not get chances. That helped boost my confidence come the NCAA. So, I am looking forward to defend the title.”

Back in the 1980s, the one-on-one competition was introduced in collegiate play by the UAAP with UST’s Bennett Palad winning the inaugural tilt in the seniors division and Ateneo’s JV Gayoso taking
home the trophy in the juniors bracket.

Palad, who works as tournament director for the Hanes competition in the ongoing Filoil Flying V Preseason Cup agreed with Carlos’ observations. “It is a good experience because it is just two players with a lot of people watching. The approach and attitude towards the one-on-one game helps you in your approach in the five-on-five game. It adds to your confidence.”

Carlos declined to say if he has any new tricks up his sleeve. “We’ll just see what we can do,” he said. “Last year, winning the Hanes competition gave me more confidence shooting the triple. This year, all I can say is I will do our best.”

The winner of the Hanes One-On-One King of the Hardcourt will receive a cash prize of P20,000.