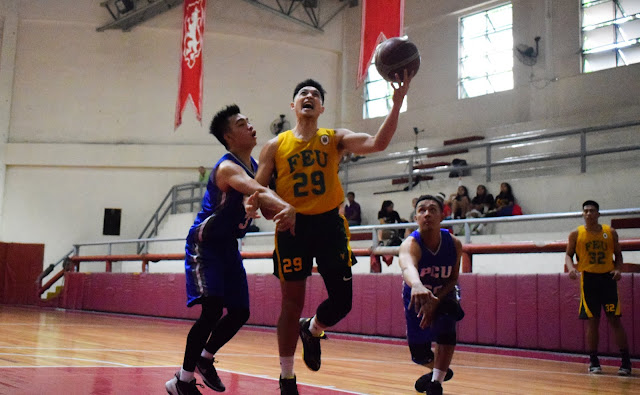 The Tamaraws outscored the Dolphins, 50-21 in the second half to book the convincing win in seniors Group B action.

The Dolphins were limited to only four points in the payoff period as the UAAP side pulled away for good.

It was the first win for the Tamaraws in three tries while PCU dropped to 1-5 in the team standings.

Xyrus Torres had 26 points, half of which coming in the fourth quarter to pace the Tamaraws.

Yves Sazon continued to lead the Dolphins, this time finishing with 18 points.

In the women's division, the University of Santo Tomas continued their reign atop the team standings, making it five wins in a row after demolishing the B squad of Adamson University, 85-54.

Taki Takitac and Grace Irebu joined forces to deliver the lopsided victory for the Tigresses.

Takitac once again shone from long distance, sinking five triples to wound up with 17 points.

Irebu made her presence felt inside, finishing with a team-high 18 markers.

It was over in the first half, as the Espana-based crew already put up a 43-19 cushion.