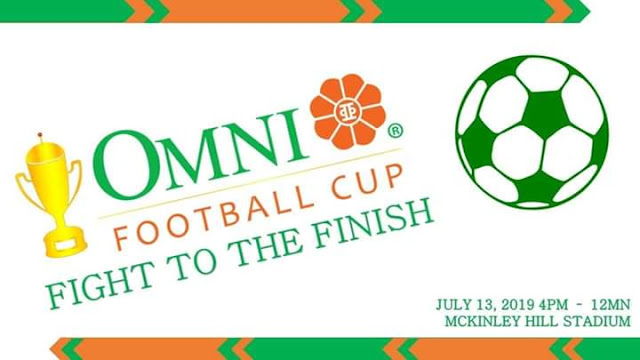 MANILA - Following the success of its first event held last March, the Omni Cup is set to return with the second edition of their football tournament named Omni Cup: Fight to the Finish to be held on July 13 at the McKinley Hill Stadium in Taguig.

With the goal of engaging people to have a more active lifestyle, the one-day, seven-a-side football tournament sponsored by Omni Electrical and Lighting will feature 24 teams split into two divisions of 12 squads each.

Division 1 is open to all athletes while Division 2 is considered beginner-intermediate, wherein current or former UFL and PFL players are disallowed from joining.

At least one female athlete on the field is required at all times for Division 1 play while three female footballers are required to be on the pitch for Division 2 action.

The second staging of the Omni Cup tournament will also feature an all-star 11-a-side exhibition match featuring player representatives from all teams involved.