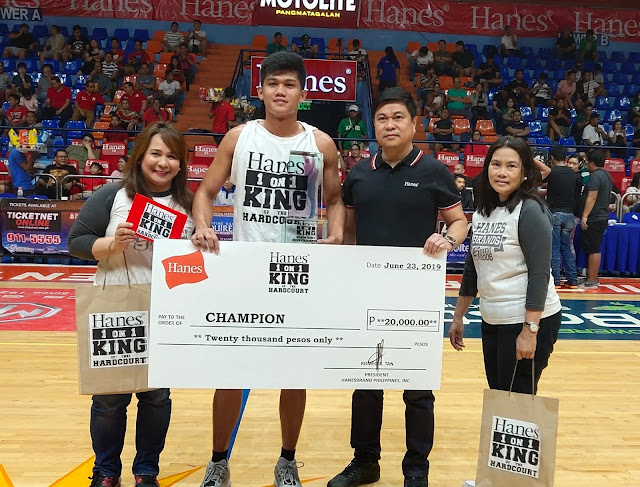 The 21-year old from Moncada, Tarlac admitted he was tired from playing the quicker Garing, but he decided to continue to post up the smaller Pirate.

Garing raced to an early 7-2 lead off a triple and a pair of lay-ups.

Caralipio on the other hand, missed three straight pointblank stabs.

But in his last three post-ups with the five-minute game clock perilously ticking away, he was able to score three straight baskets to pip the fancied Garing.

“Alam ko na prestigious yung one-on-one competition na noong 1980's pa raw,” said Caralipio who is in his second year with the Knights after playing with Letran’s Team B for two seasons.