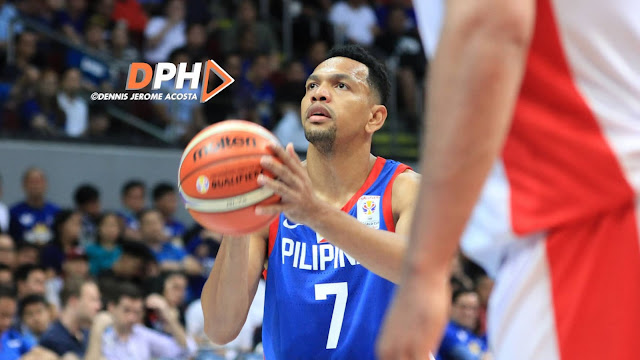 PASAY CITY - It is an end of an era for Jayson Castro in a national team jersey.

Castro broke his silence about his real score with Gilas Pilipinas after he played for his team, TnT KaTropa, who defeated Columbian Dyip at the Cuneta Astrodome, Friday night.

Castro also mentioned that Coach Yeng and the SBP understood and accepted his decision not to be a part of the Gilas pool that would be competing for the FIBA World Cup.

Recently married, Castro said that he wanted to give more time for his family since for the longest time, basketball has been in his focus and has not given ample time to spend with his loved ones.

With Castro out on the Gilas pool, one spot is clearly open for one potential player to fill the void on the roster of Coach Yeng Guiao.

"Siguro," Castro said when he was asked if he is to hang up his national team jersey for good.