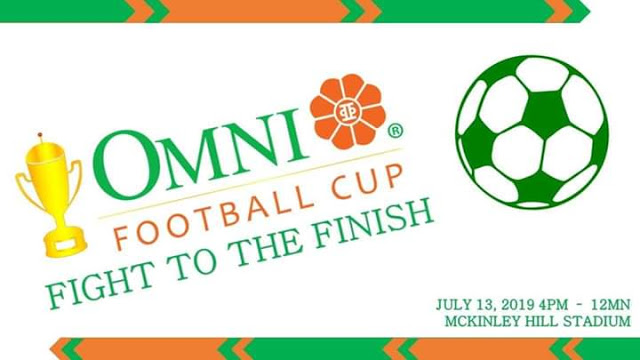 MANILA - The Omni Football Cup: Fight to the Finish one-day football tournament sponsored by Omni Electrical and Lighting slated for July 13 at the McKinley Hill Stadium promises to be a unique football gathering, providing a platform for over 300 players and further growing the sport in the region.

Event director Kevin Olayvar said, "We are in the transition of developing football. I think growing awareness further starts with people seeing quality football matches, just like in basketball or boxing when they see good match-ups or famous personalities. I think that encourages or inspires children and adults to play the game themselves."

The Omni Cup is expected to draw competitive players from different levels, including collegiate footballers, professionals, and even former and current youth and senior national team players.

"Our first division is open to anyone. And all teams have slots for female players. We expect many top-level players to participate in the Omni Cup. At the same time, the Omni Cup also provides a venue for athletes for them to stay in shape for their competitions or clubs," said Olayvar.

The event will feature two divisions of 12 teams each, competing in a day full of intense football action for supremacy in their respective tiers.

Inspired by the continued growth of football in the Philippines, overall event head Henry Yang of Omni said on what convinced him to support the event, "My friend and event director Albert Alde reached out to Omni, saying why don't we hold a one-day football competition. I joined some of their training camps and saw how diverse the football community is. There were professionals and beginners. Every week, more footballers come and join to play the beautiful game."

"We at Omni wanted to give a platform to experience what it is like to play in formal matches with all the hype that comes. We wanted to support team sports and football is one sport that is growing in the Philippines right now."