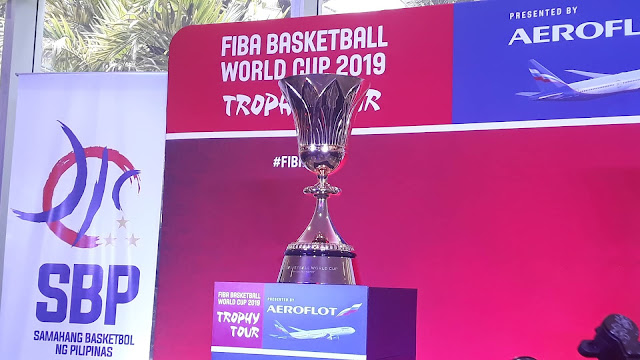 Manila - The Naismith Trophy has finally touched down Manila!

Filipinos from all walks of life finally got a glimpse of the new Naismith Trophy as the FIBA Basketball World Cup Trophy Tour at the Gateway Mall, Saturday afternoon.

The revamped trophy made key stops in major cities from across the globe, most notably from the participating nations of the quadrennial basketball enclave.

It will circle through the metropolis, stopping at historic sights before being unveiled at halftime break of Game 2 of the PBA Commissioner's Cup semifinals between Barangay Ginebra San Miguel and TNT KaTropa.

After the Manila stop, it will fly north to Seoul, South Korea on July 29 to resume its globetrotter tour.