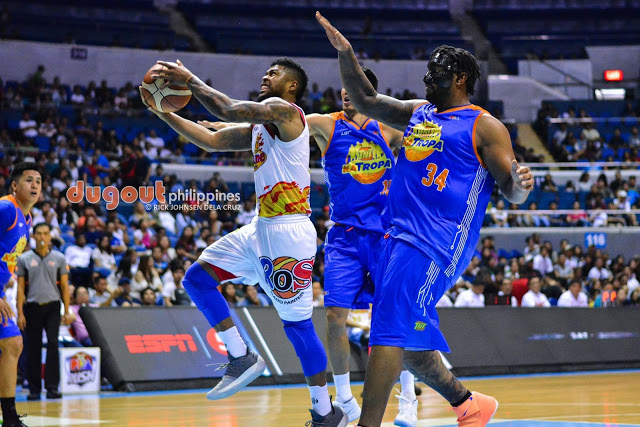 MANILA--Right in the middle of the PBA Commissioner's Cup Finals, two teams not in the title running began beefing up for the Governors' Cup.

Alaska and Rain Or Shine swung a trade that was approved by Commissioner Willie Marcial on Friday.

The Aces acquired Maverick Ahanmisi in exchange for Ping Exciminiano.

Aside from Exciminiano, the Elasto Painters also got a first round pick from the Aces for the upcoming draft.

Alaska has two first round picks in the draft, its own pick and the one it acquired from Phoenix in the Calvin Abueva trade.

ROS will acquire the lower of the two first rounders, that is, whichever will end up later in the draft.

Ahanmisi is set to return to full strength from a toe injury that sidelined him for most for the Commissioner's Cup.