Ateneo overpowers UP at the Battle of Katipunan, swept the first round with clean slate

Ateneo overpowers UP at the Battle of Katipunan, swept the first round with clean slate 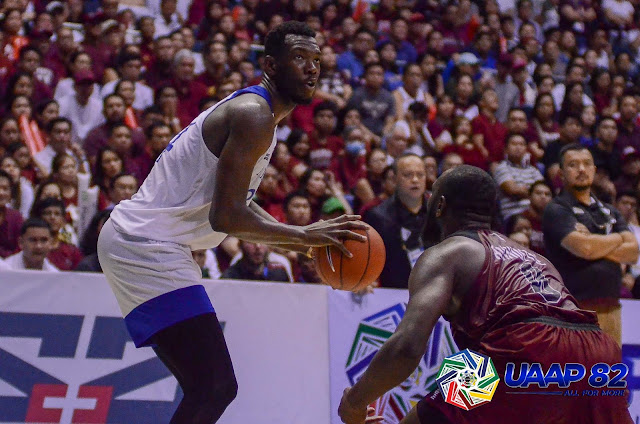 QUEZON CITY - The Ateneo Blue Eagles finished the first round of the UAAP season strong with a clean record after dominating the UP Fighting Maroons, 89-63, Sunday evening at the Smart Araneta Coliseum.

With the Blue Eagles' win, they are now at 7-0 while the Fighting Maroons are still in solo second with a 5-2 slate.


"I thought our guys played fairly and methodically," said Ateneo coach Tab Baldwin. "We didn't get carried away with the crowd and the emotions. After all, it's just a regular season game."
UP was on top after the first quarter, 21-15, but the Blue Eagles did everything to get the lead back to them at the second canto.
Meanwhile, nothing has changed for the defending champs as they made a 27-point lead advantage highlighted by Ange Kouame's dunk and a three from Tyler Tio.
Five Blue Eagles scored in double digits led by Kouame's season-high 19 points with 15 rebounds followed by Matt Nieto's 18 points, five rebounds and three assists.
Ateneo will try to continue their winning streak as they will face the UST Growling Tigers at the start of the second round of UAAP Season 82 Basketball on Saturday, 4 p.m., at the Mall of Asia Arena.