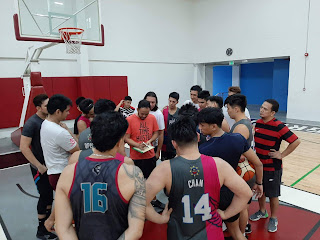 For the Pasay Voyagers Team Captain Jaypee Belencion, playing against the Iloilo United Royals is more than just a game but it is also a homecoming.

In his homecoming, he hopes to not only see his family but to also inspire young ones to play the sport.

Coming to Iloilo, the Voyagers are on a 6-game winning streak. While it is safe to say that Pasay is on the winning groove, Belencion mentioned that they are not going to take the United Royals lightly.

The former Letran Knight turned Pasay Voyager promises his fellow Ilonggos that his team and the United Royals are up to giving them a kind of basketball game that does not only entertain but inspire.

The Iloilo United Royals hosts the Pasay Voyagers at the University of San Agustin Gym at 8.30pm on September 19th.