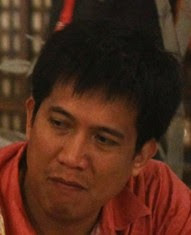 MANILA—Jerry Codiñera has been appointed as tournament commissioner for the 3x3 Elite League Manila 2019 set to take place Sept. 20-22.

Codiñera joins the 3x3 movement in the country in his role as tournament commissioner. Called as ‘The Defense Minister’ during his heydays as a player, Codiñera is a member of the 25 greatest professional basketball players in the Philippines.

Codiñera will lead the tournament where an opportunity to carry the Philippines in the SINA 3x3 Elite League Manila 2019 will be at stake.

“I’m honored to be part of this tournament. I look forward to seeing the best Filipino talents in 3x3 come together and compete for a chance to represent the Philippines in international competitions,” Codinera said.

The champion team of the 3x3 Elite League Manila organized by Mediapro Asia and SINA Sports will win $3,000 and will represent the country in the SINA 3x3 Elite League 2019 scheduled December in Beijing.

The first runner-up in the 3x3 Elite League Manila will take home $2,000 while the second runner-up will receive $1,000.

The eliminations will be held on Sept.20-21 at the Dumlao Sports Complex in Mandaluyong City, while the championship is scheduled on Sept. 22 at the Market! Market! Mall in Taguig City.