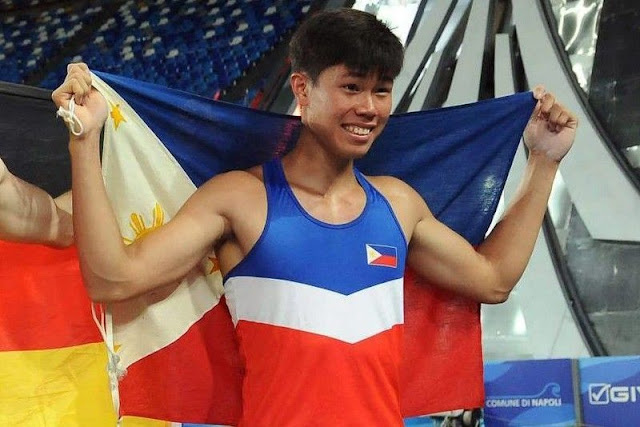 MANILA--EJ Obiena became the first Filipino to make the Olympic team after clearing the qualifying height in the pole vault event of Salto Con L'asta in Chiari, Italy on Wednesday (Philippine Time).

As per a confirmation by the PSC, Obiena cleared 5.81 meters in the said competition, breaching the 5.8 meter-requirement set for the men's pole vault event, en route to winning it.

The recorded height also set the new Philippine record, eclipsing the 5.76 meters he himself established.

Obiena is using the said stint as part of his preparations for the Southeast Asian Games later this year in Capas.