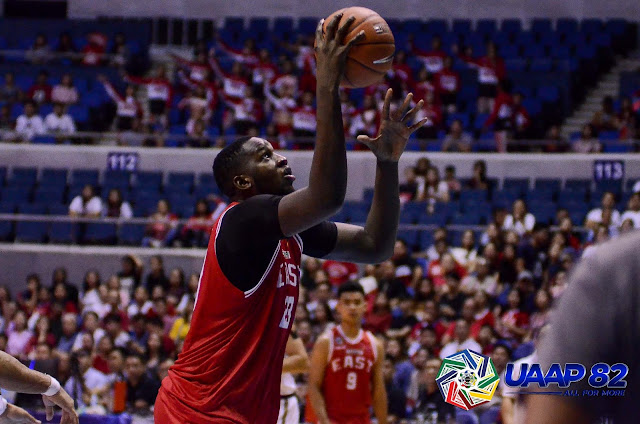 QUEZON CITY - UE Red Warriors are back on the winning column as they sent the NU Bulldogs to the ground with, 78-72 victory, Sunday afternoon at the Smart Araneta Coliseum.

The Red Warriors fired up throwing three consecutive points from the start of the game. The first quarter ended with Shaun Ildefonso's three on the other side of the court to cut the lead to 6 points.

JV Gallego distributed six points from the start of the second canto to down UE's domination by 3 but the latter recovered with Rey Suerte's trey.

Alex Diakhite introduced his self with his double-double 22 points where 10 of 13 goal and 13 rebounds to finished the game with a victory. Philip Manalang and Rey Suerte contributed 13 and 12 points respectively.

Patrick Yu kept the things on hand at the second half as he lead the team with his career high 17 points including 7 out of 12 field goal, but this doesn't help the Bulldogs to get the win today.