UP escapes FEU on late run

UP escapes FEU on late run 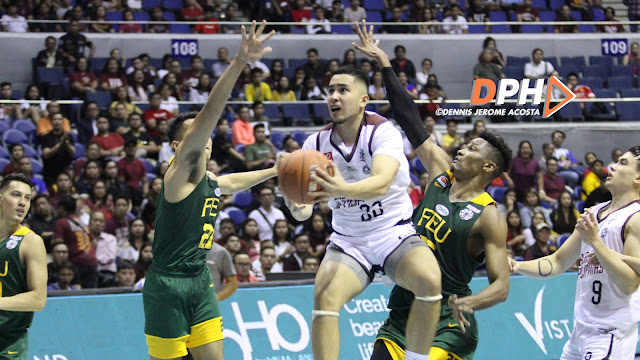 QUEZON CITY — The UP Fighting Maroons slipped past an aggressive FEU Tamaraws team, 61-55, in their opening day match up at the Smart Araneta Coliseum.

UP was on pace of a blowout after taking a 38-27 halftime lead.

But through the combined efforts of Brandrey Bienes and the three-point shooting of Xyrus Torres and Hubert Cani, FEU was able to lessen the Maroons' lead down to 3 by the end of the 3rd quarter, 47-44.

With the game eventually tied at 55 in the fourth quarter with 3 minutes left, reigning UAAP Most Valuable Player Bright Akhuetie sparked the deciding 6-0 run that broke the deadlock and halted the Tamaraws from winning.

Javi Gomez De Liano was the lone Fighting Maroon to score in double digits with 22 points.

Bienes led the scoring for the Morayta-based squad with nine.