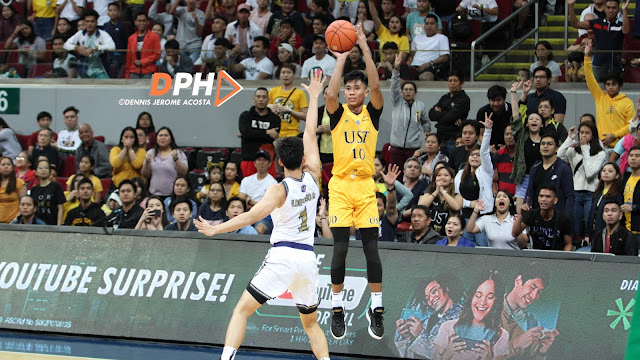 PASAY CITY - UST Growling Tigers is now finally back on the winning column after beating the NU Bulldogs with 87-74, Sunday afternoon at the Mall of Asia Arena.

UST will face the Adamson Soaring Falcons on Wednesday, September 18, 12:30 p.m., at the Mall of Asia Arena while NU will try to bounceback and gain a win as they will face the UP Fighting Maroons on the same day, 10:30 a.m., at the same venue.