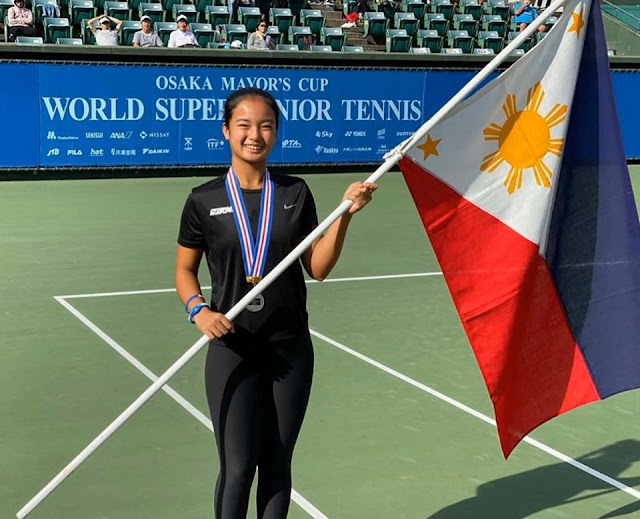 MANILA--The Philippines is witnessing an era of tennis revival, and a juvenile, dominant, and proud kid in the form of Alex Eala is currently leading the country to its journey in reaching 'sphaeristike' supremacy as she just notched her career-high ranking of world number 13 after an immaculate run to the championship round of the 2019 World Super Junior Tennis Championships in Osaka, Japan last weekend.

Playing in just her second ITF Juniors Grade A tournament, Eala came in the tournament as the fourth seed, entering the competition ranked number 27 around the world.

The Rafa Nadal Academy scholar was almost untouchable in her first three matches as she reached the semifinals without dropping a single set and eliminating 14th seed Russian Diana Shnaider in the process.

In the final four, Eala was heavily challenged by 15th seed German Mara Guth, falling early with a one-set deficit at 3-6.

The 14-year-old wonderkid regrouped in the second set, 6-2, to tie the match at one set apiece, before eventually setting up a finals date against top seed Dianne Parry of France.

Eala, who will be back in the country for a 10-day visit, was the biggest mover inside the Top 20 this week after elevating 14 spots higher in this week's ranking results, despite falling short in the finals.