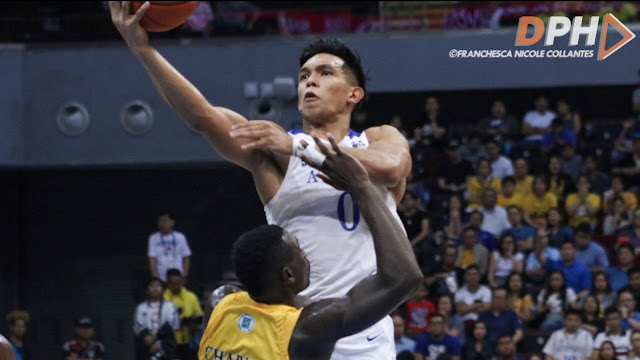 
PASAY CITY - Ateneo Blue Eagles still remains unbeaten as they sweeps out their first assignment this UAAP Season 82 second round, the UST Growling Tigers with, 66-52 victory, Saturday evening at the Mall of Asia Arena.

"That was a tough, really tough and physical game," said Blue Eagles mentor Tab Baldwin. "Probably too physical for what the sport of basketball should be but if that's what the powers that be want, that's what they should get."

The Growling Tigers, who became the biggest threat against the Blue Eagles in the first round, could not match Ateneo's offense this time around as they dropped with 4-4 record.

UST came to as close as five in the third quarter, 30-25, but the Blue Eagles not letting them to take the lead to 10 on multiple.

Nonoy's hot hands became instrumental in UST's comeback attempt in the fourth quarter, hitting two from downtown to help them down to six, 54-48, with 3:48 left.

Knowing Ateneo's system, they sent the Tiger's to the brink and finished strong.

Mark Nonoy led the Growling Tigers with 18 points. Rhenz Abando and Ira Bataller chipper in seven and six points but still failed to gain a win for the Tigers.