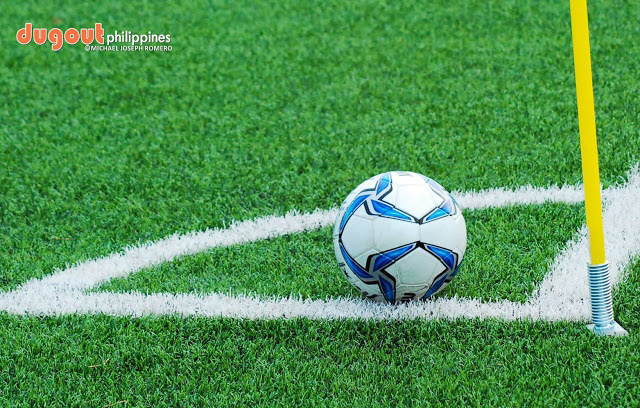 MANILA - Stallion Laguna's 2019 Copa Paulino Alcantara bid started in a thrilling fashion after a hard-earned 2-1 victory against a gritty Philippine Air Force squad at the Aboitiz Pitch in Lipa.

One of the Airmen however earned an early yellow card in the fifth minute after a handball from a Kouichi Belgira’s free kick.

The Senegalese Stallion striker found Arboleda available just outside of the box for a chance but the shot was too high even for Air Force goalie Mark Anthony Mendome.

Darl Poderoso and Alexandro Elnar turned the tide in favor of the Air Force, with Poderoso pushing PAF’s offense, much to the displeasure of the Stallion bench.

It was Airman midfielder Elnar who drew first blood for the Air Force with a rather easy goal past Stallion keeper Nelson Gasic in the 27th minute of the match.

Arboleda leveled things up for Stallion with a penalty kick awarded after an Air Force player tripped Sy inside the box.

Gasic saved himself from a blunder at halftime after gathering a Poderoso kick that slipped from his gloves and almost made it past the goal line.

Both teams entered the dugout with one goal apiece.

The game went more physical the second half, with Cadiz earning a yellow card after a hard tackle on a Stallion midfielder.

Korean reinforcement Park Jong-cheol fiound the back of the net in the 49th minute for Stallion but to no avail as the flag was up for him.

Park again was on the receiving end of a chance in the 57th minute and almost made it again if not for Mendome's fingertip save.

The Air Force showed signs of hope as Poderoso sparked a counterattack in the second half but Gasic was there to clear the ball.

The game became more physical with Stallion's Park, and Cadiz and Vince Braga of Air Force being down in a seven-minute span due to tackles.

It was all looking like a stalemate until defender Glenn Bulaquina sends Stallion captain Ruben Doctora down inside the box, prompting a penalty which Nate Alquiros converts for a Stallion goal in the 85th.

The Airmen tried to answer in the last minutes of the game but Stallion's defense was enough to avoid any late equalizers.

With the win, Stallion Laguna qualified for the semifinal round with Kaya FC Iloilo, which they will play in Binan on Nov. 6.