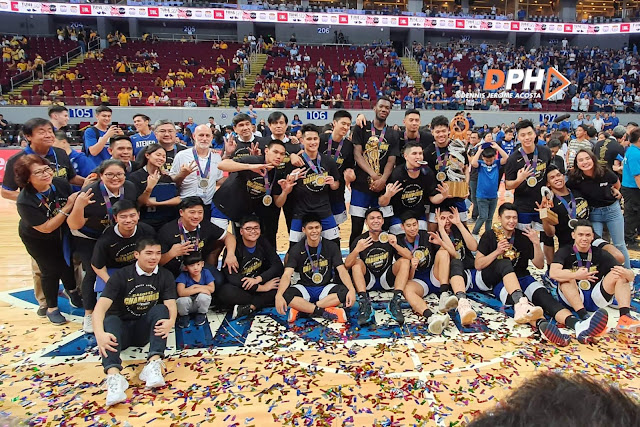 PASAY CITY - The Ateneo Blue Eagles legacy continues as they made a historic sweep that led to their three-peat record after beating the UST Growling Tigers, 86 -79 on the Game 2 Finals, Wednesday night at the Mall of Asia Arena.

Thirdy Ravena whose hailed as the Finals MVP chipped in 17 points, seven rebounds, and five assists. Together with the help of SJ Belangel with his career high 15 points.
The Growling Tigers didn't make everything easy for the Blue Eagles as Dave Ando and CJ Cansino get the score closed to a point 66-67 on the last eight minutes of the fourth quarter.