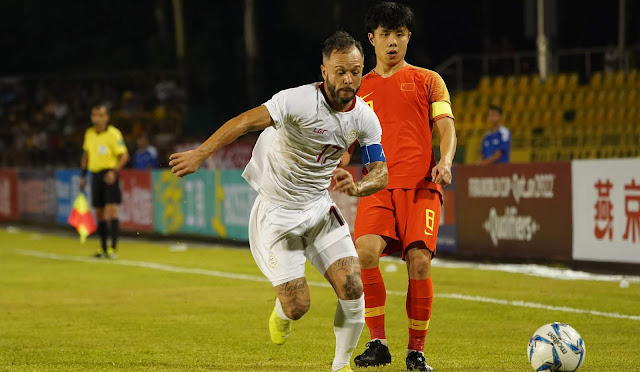 MANILA -- The Philippine national football team climbs up by two spots in the latest FIFA World Rankings released on November 28.

The Azkals settled at the 124th spot from 126 last October, earning 1136 points after a 2-1 away win against Maldives and a close 1-0 loss against Syria in Dubai.

They have tied up in the spot with Angola, a fellow basketball country, after the African country drops four spots from 122nd overall.

Confederation-wise, the Azkals remained in the 23rd spot between central Asian nations Tajikistan and Turkmenistan.

Belgium remained the best national team in the world earning 1765 points, staying in the top spot for the entire 2019, followed by France, Brazil and England.