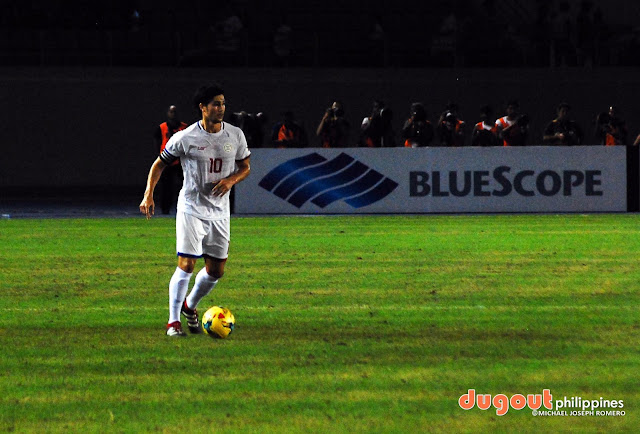 
Hanging up my boots! Thank you to my bosses, my coaches, team mates, competitors and all the supporters who have been part of my journey. See you all soon in a new adventure 😊⚽️⚽️⚽️ https://t.co/XR0pjLsqDy
— Philip Younghusband (@PhilYHusband) November 18, 2019

Phil made his last appearance in competitive football at the 2019 AFC Asian Cup, coming off the bench in the 59th minute for Manny Ott in their match against Kyrgyzstan.

Younghusband remained a free agent after the dissolution of Davao Aguilas Bellmare in late 2018, despite reports of his negotiations with Indonesia Liga 1 side PSIS Semarang.

Phil came up to the radar of the Philippine Football Federation with his brother James in 2006 due to the keen observation of a Football Manager gamer, with both of them under the Chelsea youth academy program at that time.

He has seen action first on the Chelsea reserves team, with a six-month loan spell to Danish side Esbjerg in summer of 2007.

Since then, Phil became one of the Philippine football's biggest stars, scoring 99 goals in 119 appearances for San Beda, Loyola Meralco Sparks (which became FC Meralco Manila), and Davao Aguilas.

The younger Younghusband also made marks with the Azkals since being capped in 2006, appearing in 108 matches and scoring 52 goals including the penalty kick which sends the Azkals to the 2019 Asian Cup. He holds both Azkals records for caps and goals.