How the Rebisco Volleyball League Started

How the Rebisco Volleyball League Started 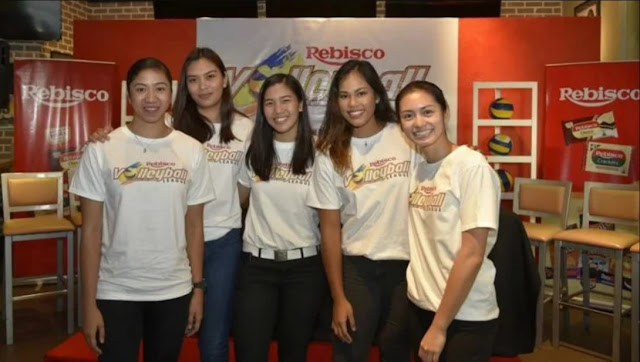 UAAP women’s volleyball might be the most popular volleyball league, but it’s not the biggest. PSL and PVL players have a following around the country, but teams call Metro Manila home. Therefore, no league comes close to the scope of the most comprehensive tournament in the Philippines.

Welcome to the Rebisco Volleyball League.

The games will feature up-and-coming high school players that will soon become the marquee names in college and the pros. But did we say most significant? Picture this: over 450 schools around the country competed in nine regions from Luzon to Mindanao.

The best of the best then clash in the National Finals for the right to become the top high school volleyball team in the land. Just imagine the collection of talent that will suit up in the week-long festivities. No wonder that the RVL has served as a springboard to launch the careers of some of the most recognizable volleyball players.

But to fully appreciate its contributions to the sport, we must look at its roots.

From basketball to volleyball

The league became a reality due to the vision of one man: the late PBA Commissioner Emilio “Jun” Bernardino.

After retiring as the commissioner of Asia’s first play-for-pay basketball league, Bernardino pondered on his next project. It was during that time when Metropolitan Sports and Events Group Inc. Managing Director Freddie Infante made a study about forming a volleyball league. Thus, the old V League came to life, and the top collegiate teams in the land were invited to play.

However, the RVL took shape in 2003 when Infante was asked by then Philippine Volleyball Federation president Roger Banzuela to create a league that focuses on grassroots development. The Girls Volleyball League was born, and the best high school teams around the country converged in a National Finals. The competition gained rapid strides that it opened regional competitions in Cebu, Bacolod, Iloilo, Davao, and Northern Luzon by 2006.

Fifteen years since its inception, the league has become a semi-nationwide tournament that is gaining more prestige. But while things are looking up for volleyball, the league was in limbo due to one corporate move.

Infante’s heart fell when the local business of the former major sponsor went to the hands of another company that did not see volleyball as part of their marketing strategy. Therefore, they dropped their support without warning. The sudden change threatened the existence of the Girls Volleyball League that Infante was seriously considering canceling last year’s National Finals.

But hope was restored when GVL Tournament Director Johanz Buenvenida informed Infante that a company heavily invested in the sport wanted in. They made a presentation to Rebisco, and the rest is history. The corporation that sponsors the Philippine women’s volleyball team and the Creamline Cool Smashers of the Premier Volleyball League will now have a hand in developing grassroots volleyball.

With the tournament rebranded as the Rebisco Volleyball League, last year’s National Finals pushed through. Twelve schools converged at the Santa Rosa Multi-Purpose Sports Complex in Laguna, and the Nazareth School of National University bested De La Salle Lipa to win the championship. The organizers can only dream big after this successful staging.

Infante described the overwhelming participation for last year’s RVL as a “good problem” because they had to turn down some schools and regions who would like to join due to logistical concerns. However, it is a good challenge because it is an indication of how volleyball keeps on growing.

A total of 452 schools from nine regions across the Philippines participated in the pre-qualifying tournaments last year. That number was whittled down to 94 in the Regional Finals and nine for the National Finals, not including the guest teams from Malaysia, New Zealand, and the United States of America. Kings Montessori School, Team Hawaii, and Bacolod Tay Tung finished in the top three, respectively.

Where future stars are born

The sheer number of participating teams means that the Rebisco Volleyball League is the best place for colleges and universities to discover new talent. The grueling regional tournaments also indicate that the National Finals feature the best of the best. Rarely do you gather this much volleyball proteges under one roof, and it won’t be a surprise if some scouts will be in attendance.

Even before Rebisco came in, the league is already a boot camp for the prominent Philippine volleyball athletes at present. Infante proudly stated that the majority of the players in the Philippine Superliga and the Premier Volleyball League today once played in the tournament. Meanwhile, up and coming stars who graced the RVL inception are Jolina Dela Cruz, Erika Cruz, Louie Romero, Lucille Almonte, Alyssa Solomon, and Faith Nisperos, to name a few.

More talents will shine as the RVL continues to reach more schools and open more regions. That’s why Infante is grateful for Rebisco’s commitment to not only give these aspiring players a big stage to showcase their talent but also to the overall development of the sport in the country.

More battles on the horizon

A new chapter of the Rebisco Volleyball League will unfold from the 23rd to the 30th of November. Witness 13 teams battle it out at the Ynares Sports Arena in Pasig City. Games from the 23rd to the 29th will start at 2 pm while the semifinals and the medal matches on the 30th will begin at 9 am. Admission to all games is free.