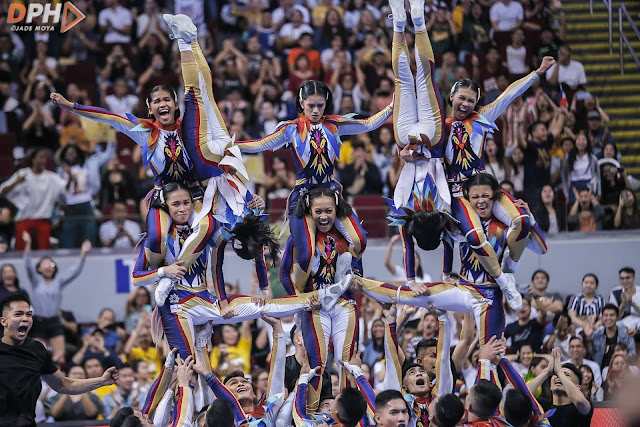 PASAY CITY - The NU Pep Squad defended their UAAP cheerdance title as they hailed as the champion for the UAAP Season 82 Cheerdance Competition, Sunday evening at the Mall of Asia Arena.

NU's theme is a tribute for the Filipinos that got them 722 points, enough for NU to defend their UAAP cheerdance title with their almost perfect performance with only a deduction of four points.

The FEU Cheering Squad, who brought Michael Jackson back to life with its famous Moonwalk and Thriller performance, got 706 points, good for second place.

Hailed as the 2nd runner up was the Adamson Pep Squad, with their Caribbean inspired performance, with 658.5 points.

NU Pep Squad also got special awards such as Know You Can Stunt by the AXA Insurance plan and the Yamaha Mio Toss while the FEU Cheering Squad got the Puregold's Always Panalo Move award.