OPINION: So you knew nothing about tennis?

OPINION: So you knew nothing about tennis? 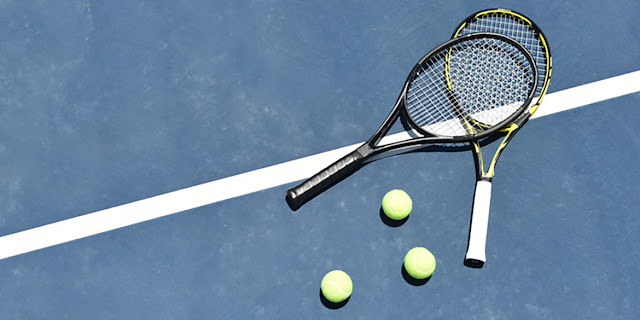 It is a given fact that tennis, as historic as it is and as thrilling as it can be, is one of the most popular sports around the world.

Both the Association of Tennis Professionals (ATP) and Women's Tennis Association (WTA) have had consistent efforts in drawing younger audiences through revamping their programs and tours by integrating more tournarments for younger tennis players such as the annual WTA Future Stars which aims to showcase the best emerging teen female players around the world and the ATP NextGen finals which provides an avenue of competition for the best 21-and-under male tennis players.

In doing so, the ATP and the WTA have largely contributed--and still is contributing--to the growing tennis popularity, a hundred years since its inception.

For instance, in Wimbledon 2019, Nielsen recorded increased viewership for The Championships. The intense men's final alone, which ended in Novak Djokovic's pulsating victory against Big 3 rival Roger Federer via an epic four-hour and 57-minute battle, was recorded as the second most viewed tennis telecast in ESPN history with an average of 3,300,000 viewers.

Yet, despite of tennis' tremendous popularity and acceptance overseas, the sport is undeniably undervalued in the Philippines.

Tennis in the Philippines

The state of Philippine tennis, to say the least, is double-sided with it being so decorated yet so overlooked; tennis is one of the most under-appreciated sports in the Philippines yet it is also one of the most over-performing.

When one hears about Philippine tennis, the first name that comes into his or her mind is Treat Huey, but in reality, before it was Huey, it was the likes of Felicisimo Ampon, Raymundo Deyro, Alex Marcial, Cecil Mamiit and Eric Taino who were making headlines for the country.

Mamiit, for instance, was so small yet so big and high in his ambitions that up to today, he still stands as the only Filipino tennis player who managed to break through the Top 100 ATP men's singles ranking after achieving a career-high rank as world number 72.

Furthermore, on the women's division, who could forget about Dyan Castillejo, Jennifer Saret, Riza Zalameda, and Maika Rivera's winning ties for the Philippine Fed Cup back then?

The past has been a very comfortable habitat for Filipino tennis players before. The country was a total tennis powerhouse not only in Southeast Asia but in the whole continent as well, winning numerous ties in both the Davis Cup, Fed Cup, and SEA Games.

Philippine tennis at the SEA Games

Tennis was a stable and regular sporting event in the SEA Games since its first edition in 1959 although it was not played for the first time in 2013 when Malaysia, the host country during tha year, decide to exclude it due to the lack of athletes and inability to provide facilities.

Back in 1977, Marissa Sanchez was the first ever Filipino tennis player, male or female, to deliver a SEA Games medal for the country when it settled for a silver medal against Yolanda Sumarno of Indonesia during the Philippines' first participation in the biennial meet.

Since then, Philippine tennis players have become a regular podium finishers in the event and became a proven force within the region.

In just its second year in the competition, the country was already able to win a tennis gold medal in the SEA Games after Pia Tamayo and Gladys Imperial fend off Sutashince Sirikaya and Cheladda Chanmareong at the women's doubles championship match.

Then in 1981, when the country hosted the event for the first time ever, the Philippine national men's and women's tennis team delivered a momentous feat for the country after winning the most gold medals that year as Alex Marcial and Rudolf Gabriel won the men's doubles gold while Pia Tamayo ruled the women's singles event. Marcial and Tamayo also won in the mixed doubles event that year.

In this year's 2019 SEA Games, the country will be fielding a mix of up-and-coming players as well as seasoned veterans to fulfill the Philippines' hopes to redeem itself in the region's biennial multi-sporting event.

Led by the country's best tennis athletes, the Philippines will bank on the services of Huey, Ruben Gonzales, Francis Casey Alcantara, Jeson Patrombon, and AJ Lim in the men's division while relying on Denise Dy, Anna Clarice Patrimonio, Marian Capadocia, Khim Iglupas, and Shaira Hope Rivera in the women's side to deliver a medal for the Philippines.

In 2017, the Philippine national tennis team won a pair of silver and bronze medals and are hoping to bounce back this year when the tennis competition starts on Dec 1-7 at the Rizal Memorial Tennis Center in Malate, Manila.