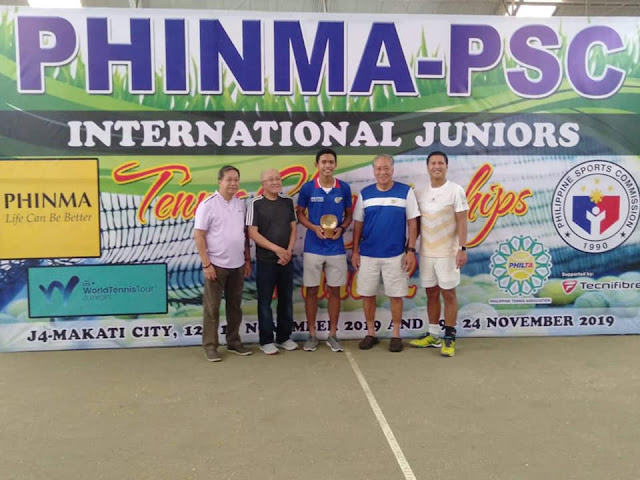 After beating Tria in the PHINMA - PSC International Juniors Tennis Championship 1 in the preceding week, top seed Pantino once again asserted his mastery in the week-long event organized by the Philippine Tennis Association (PHILTA) as he only dropped a total of 13 games in the course of the whole event.

Meanwhile, in the boys doubles event, Matthew Garcia and Noritaka Koizumi defeated the Japanese tandem of Kosuke Morita and Kenta Nakamura, 6-2, 6-1, to hoist the trophy.