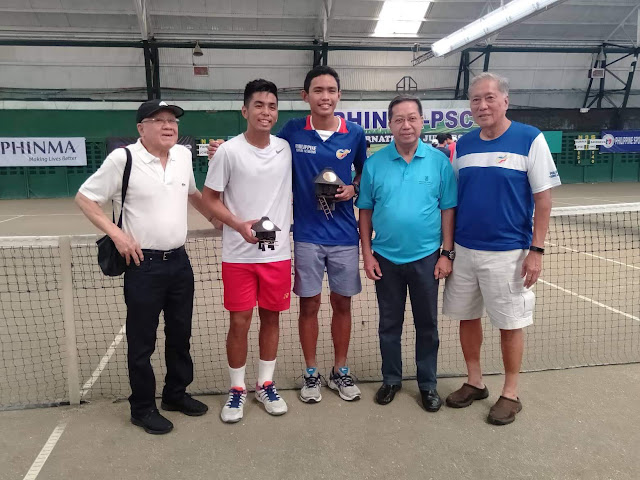 MANILA--The future of Philippine tennis went up and roaring on Sunday as top-seed Arthur Craig Pantino pulled off an outright dominatiion against fellow Pinoy and fifth seed Jose Antonio Tria, 6-3, 6-2, to grab the boys' singles title at the PHINMA-PSC International Juniors Tennis Championships 1 at the Manila Polo Club in Makati.

Pantino and Tria proved to be a force to be reckoned with all throughout the tournament as they both did not drop a single set en route to setting up an all-Filipino championship match at the first ITF Juniors Grade 4 event that will be played here in the country this month.

PHINMA - PSC International Juniors Tennis Championship 2 is slated to start tomorrow, Nov. 19 up to Nov. 24, at the same venue.

In the girls' side Jen Prulla and Tiffany Nocos both managed to reach the quarterfinals before eventually bowing out of the tournament.