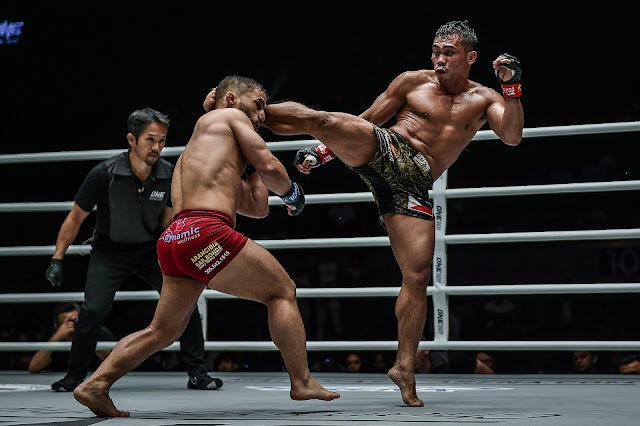 PASAY--Robin Catalan put the Mall of Asia Arena into frenzy early into One: Masters of Fate after stopping Gustavo Balart in their showdown on Friday night.

Catalan was dominating the match after he connected on crisp punches and kicks to Balart for most of the contest.

The Cuban actually had a bright moment in the middle of Round 1 when he took down the Iloilo-based striker.

But that was all Balart could deliver as Catalan continued with his solid strikes and eventually landed a devastating right kick to the head that forced the knockout with only 17 seconds left in Round 2.

In other action, South Korea's Kim Jae-Woong also had a scintillating knockout over Brazil's Rafael Nunes.

Kim's high knee staggered Nunes in the body, and the latter could not continue, forcing the referee to stop the fight just 36 seconds into Round 3.