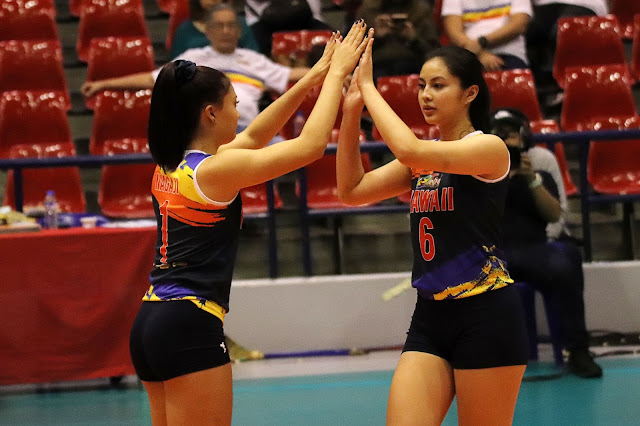 It seems like Team Hawaii has Bacolod Tay Tung's number every time they play at the Rebisco Volleyball League National Finals. Last year, the two teams met in the semifinals. This year, they met in preliminary round which the Hawaiians won again.


Make that three straight victories for Hawaii over Tay Tung as the guest squad took the bronze medal of the Rebisco Volleyball League 2019 National Finals at the expense of the Western Visayas regional champions.


Tay Tung had a 13-8 lead in the third when the Hawaiians crafted an 8-3 run to level the count at 16. The teams traded points until the tally reached 18-all. However, last year's bronze medalists mounted a 23-20 cushion and pull to within two points of a repeat medal.


Team Hawaii had other plans, however, by completing a 4-1 run to force a deuce. Gennezia Hawkins' attack gave the Hawaiians match point while Rebecca Sakoda's spike ended set two and the match at 26-24.