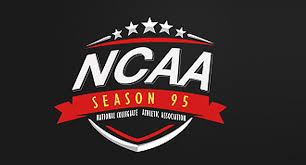 PASAY CITY - The San Beda Red Lions dusted their rust off to force a Game 3 of their NCAA men's basketball finals series against the Letran Knights with a 79-76 win at the Mall of Asia Arena, Friday night.

Mythical 5 member James Kwekuteye scored the crucial free throws that earned San Beda a 3-point lead with about 2.4 seconds left in the game.

San Beda held Letran scoreless for almost the entire first quarter until Jeo Ambohot was able to sink a basket and fish a foul from Evan Nelle.

Letran was limited to only 7 points at the end of the quarter but avenged at the start of the second, giving no chance for San Beda to score until Clint Doliguez found an opening to break the Red Lions's scoring hiatus.

The Knights were able to take control of the 3rd quarter only to find themselves on a deadlock with 6:18 left to play in the 4th period after Kwekuteye sank a triple.

San Beda was able to regain a 1-point lead with 19.1 seconds left to play off an and-1 from MVP winner Calvin Oftana and eventually walked away with the win.

The do-or-die game is set on Tuesday at the Mall of Asia Arena.