Carlos Yulo lives up to billing after capping off 2019 SEA Games campaign with 2 golds, 5 silvers

Carlos Yulo lives up to billing after capping off 2019 SEA Games campaign with 2 golds, 5 silvers 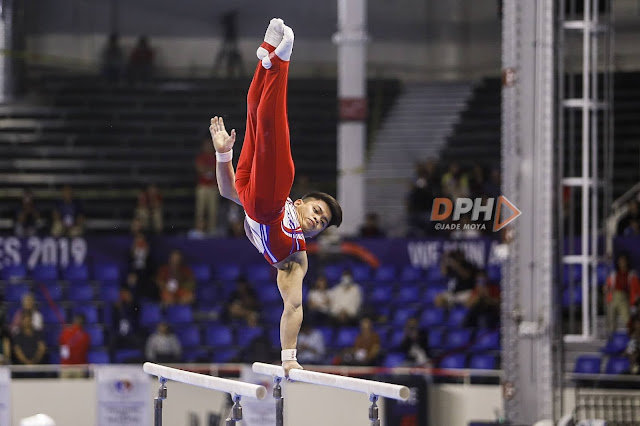 World champion Carlos Yulo lived up to his billing as he delivered a total of seven golds and five silvers for the Philippines in the two-day scheduled Men's Artistics Gymnastics event of the 2019 Southeast Asian Games inside the Rizal Memorial Coliseum, Dec. 4.