Looking for Talent? Come to the Rebisco Volleyball League

Looking for Talent? Come to the Rebisco Volleyball League 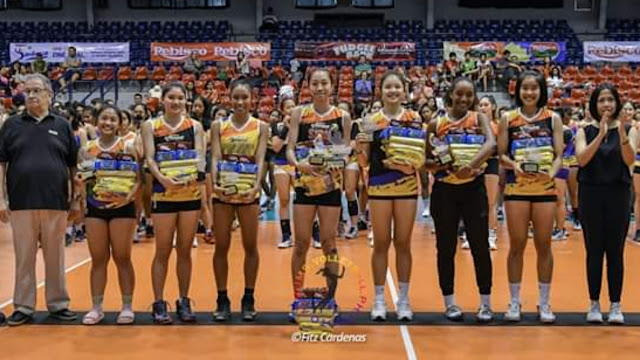 Philippine Volleyball is on the rise in terms of giving exposure. There's more leagues now that cater to both high school and college competitors, making the discovery of volleyball talent easier as well.


If before, college coaches discover players by going to regional meets and the Palarong Pambansa, they now add the Rebisco Volleyball League to their minefield for top-notch talent.


In season two, most of the players from champion team Kings Montessori School brought their talents to Adamson University. Louie Romero, Rizza Andrea Cruz, Lucille Mae Almonte, and Cae Lazo helped in the Lady Falcons' title run in the 2019 PVL Collegiate Conference. Meanwhile, Tay Tung libero Jeanny Padilla is going to play for the Lady Maroons while Joan Narit of Ateneo de Cebu will be joining Nisperos at Ateneo.


With the talent level this deep, it's no wonder that coaches come to the National Finals to search for new players that will represent their universities. After all, you get the best volleyball talent all over the country competing against each other for one week in Metro Manila which is where the big universities are located.


"The Rebisco Volleyball League is an avenue for colleges and universities to develop talent," Ateneo Lady Eagles and Choco Mucho Flying Titans head coach Oliver Almadro said. But beyond being standouts in the court, the RVL exists because of a deeper cause. "It's not really about the recruitment but it's about helping and inspiring them to be successful athletes and career women," he added.


With that, the Rebisco Volleyball League is now a legitimate tournament to showcase not just the best girls volleyball players in the country but also individuals who will make a difference in this country.