Christmas Came Early for these Deserving Young Ladies from Talaingod

Christmas Came Early for these Deserving Young Ladies from Talaingod 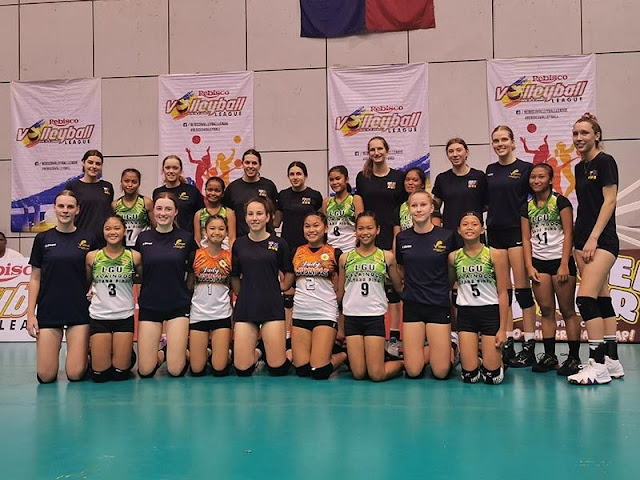 There's two battles that the Talaingod, Davao del Norte girl's volleyball squad keep on fighting. The first is the fight against the preservation of their culture as part of the Ata-Manobo indigenous community. They're holding their ground as they maintain a simple life in the mountains.


The second battle is in the volleyball court and they're good at it because they struck gold in the Batang Pinoy 2019 Mindanao Qualifying Leg last February. This squad that is mentored by Bobby Jones Sinco took home silver at the Batang Pinoy National Finals in Puerto Princesa City, Palawan last August.


But thinking that the recognition and the exposure for their municipality is all they'll get, Philippine Sports Commission Chairman William Ramirez surprised them with a one-week, all-expense paid trip to Manila. The blessings doesn't stop them as they received new sports gear and equipment as well.


No doubt that sports can make aspirations come true. But the PSC's cooperation with the Rebisco Volleyball League gave way to more dreams unlocked. Prior to the games in the Rebisco Volleyball League 2019 National Finals, the 10-girl squad played one-set scrimmages against the Australian Junior Volleyball Team and Team USA Aloha Region. Chaperones, PSC officials, and only a few spectators were on hand to witness the exhibitions but the girls from Davao del Norte could care less.


"It just so happened that the Rebisco Volleyball League is on going while they are here. So, we talked with the people from Rebisco and we made this happen," PSC Commissioner Charles Raymond Maxey said.


They won the skirmish against the Australians and gave the Hawaiians a stern fight. Not a bad experience for a squad that also participated in a Rebisco Volleyball League but got eliminated in the pre-qualifying legs.


The Talaingod contingent is extremely grateful for the wonderful opportunity that their players are getting. "We're very grateful for the experience that the PSC and Rebisco is giving our players. This will motivate them to excel more in volleyball," Sinco said.


Meanwhile, Maxey also mentioned that this exposure through the Rebisco Volleyball League is part of the agency's mission to uphold an inclusive grassroots sports program, as per Republic Act 6847.


"We firmly believe that the Rebisco Volleyball League is a grassroots program that will help develop talented athletes for the sport. We also thank Rebisco for allowing the exhibitions games and to provide an avenue for these young volleyball players to showcase their skill," Maxey added.


The volleybelles of Talaingod got loads of gifts in time for Christmas. But the sport that made them champions may one day provide them the gift of a better life.