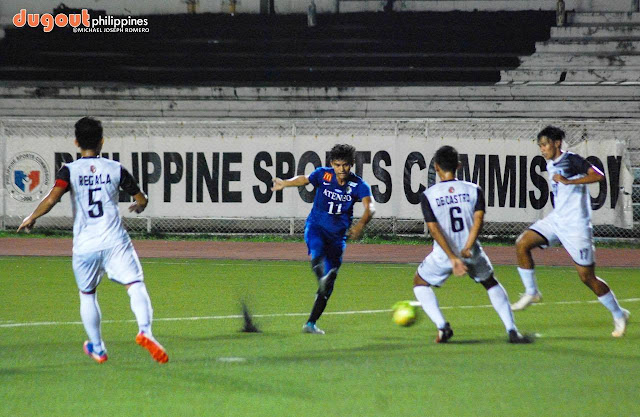 This is after forward Jarvey Gayoso declares not to enter his final UAAP season in his social media accounts "after much thought and deliberation."


"After my stint at this year’s South East Asian games, God blessed me with an opportunity to play professional football overseas," Gayoso said in his post.

He also revealed that he will be joining a local professional team to prepare himself, but not dropping any of the PFL clubs' names.

"I will, however, continue to pursue my college degree at the Ateneo," he quoted, saying that this is a lifelong goal.

The two-time UAAP Most Valuable Player stated that the decision is a tough nut to crack.

"Although this was a tough decision to make, ultimately I had to choose what I believe would be what’s best for me and my future," Gayoso said.

He thanked everyone in the Ateneo community and those who stood behind him,

"To my dear Ateneo, I’d like to thank you for giving me the opportunity to strive for an Ateneo education, while proudly representing the blue and white," said Gayoso.

The 22-year old appeared in 63 matches in four UAAP seasons with the Blue Eagles, scoring 50 goals including the playoffs, the last in which helping his team came back for the championship against De La Salle Green Archers.

Gayoso also suited for the Philippines in the under-19, under-22, and the senior team levels, scoring his first senior goal in 2018 against Laos.