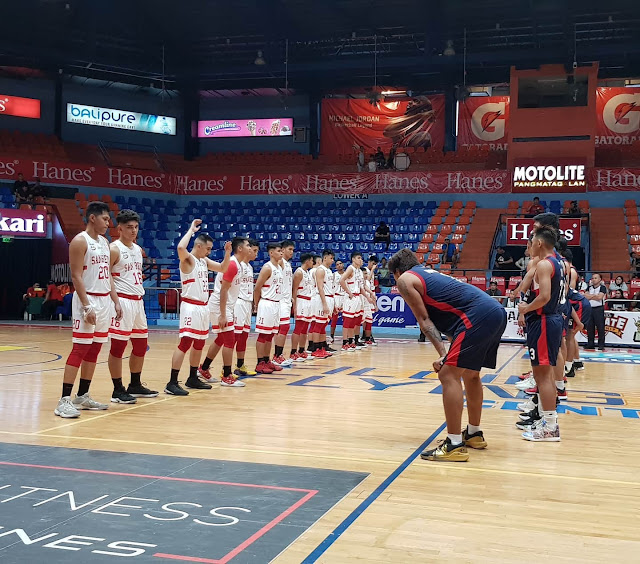 MANILA - Calvin Oftana and Ralph Penuela led the San Beda Red Lions to a convincing 76-53 win against Letran Knights in the 2020 PCCL NCAA-UAAP Challenge at the FilOil Flying V Centre in San Juan City on Sunday.

A huge fourth quarter outing saw the Red Lions pulling away with the much-needed win as they limit their former tormentors to just eight points while scoring 19.

It was all San Beda basketball in all four quarters, giving the lead to Letran in only the first minute of the fourth quarter before stepping on the gas.

It was a sure off-night for Paolo Javillonar who was blanked on all three shots while only getting two rebounds, while Fran Yu only shot 30 percent on the floor and getting only six points.

The defensive prowess of San Beda showed up to improve their tournament record to 1-1 as they limit Letran to just 20-of-78 from field.

With Letran out of contention, they will try to end their journey on a good note as they will face UAAP champions Ateneo on Saturday.