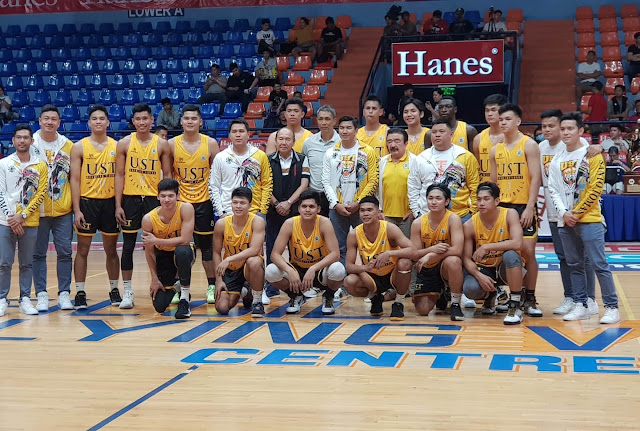 MANILA – The UST Growling Tigers are off to a good start to their road to redemption in the Philippine Collegiate Champions League NCAA-UAAP Challenge after drubbing the Letran Knights, 95-65, on Saturday at the FilOil Flying V Centre.

Captain CJ Cansino led the España-based team with 13 points, including 3-of-5 from deep, to beat their Dominican brothers from Intramuros.

It was all a close 26-17 affair in the first period until Cansino, Brent Paraiso, and Souleymane Chabi Yo started the run for the Tigers in the second.

The offensive haul of the Tigers, backed by their defensive pressure prompted Letran to commit turnovers and scoring zero on the last five minutes of the first half, 55-28 for UST.

Sherwin Concepcion broke the ice for both teams after being blank for more than a minute to start the second half.

Letran, which both missed the service of already-graduated players Jerrick Balanza, Christian Balagasay and Bonbon Batiller, managed to score only 10 in the third as they trailed by 37 to UST, 38-75.

UST completed the domination of the NCAA champions despite Letran scoring 27 in the fourth led by Paolo Javillonar.

Ferdie Asuncion, who played only one game in the last UAAP season, scored 11 off the bench, including 3-of-6 from three, while last NCAA Finals MVP Fran Yu dropped 10 points off the bench in 30 percent shooting.

UST will have a rematch of the Season 82 Finals against UAAP champions Ateneo Blue Eagles on Sunday in hopes of a 2-0 slate and a ticket to the Final Four, while Letran attempts to avoid a potential early exit at the hands of San Beda Red Lions.