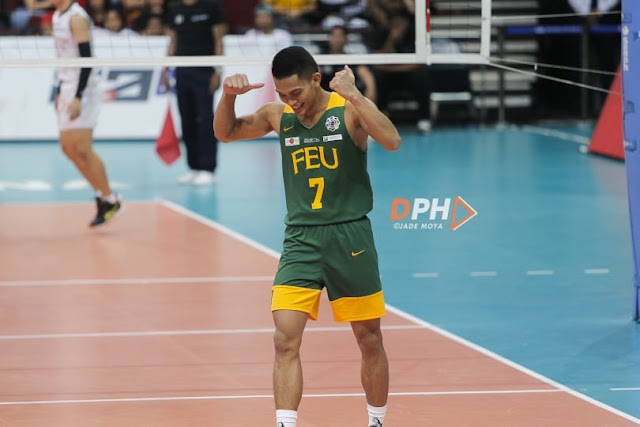 Jude Garcia led the Tamaraws win, as he exploded with 21 attacks, three blocks and three a ko ces.

Rookie JJ Javelona, who has been an effective player since their first game, contributed 13 points for this match.

JP Bugaoan and Mark Calado both chipped in offense and defense, with 25 points.

Meanwhile, UST's Joshua Umandal delivered  21 points together with their rookie Lorenz Señoron who had 17 points.

Team Captain Wewe Medina also chipped in 10 points for UST but still failed to gain a win against the Tamaraws.

España-based squad had less errors, with 33, compared to Morayta squad's 43 errors. But the tigers still fell short as the tamaraws dominated in other departments with 60-51 difference in attacks, 12-9 in blockings and 4-3 in service aces.