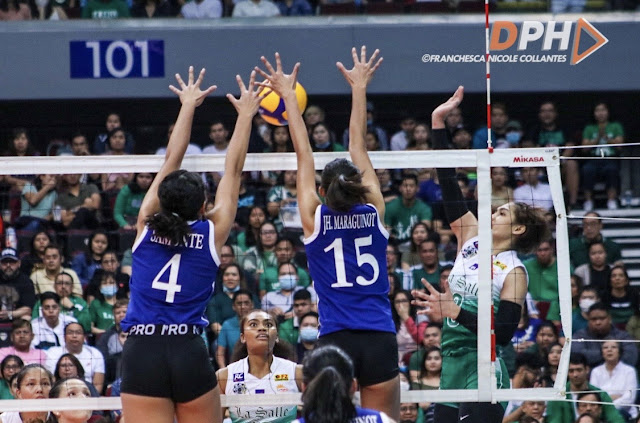 Playing on her last year, Lady Spiker Tin Tiamzon led the rookie-laden team with 14 attacks, two blocks and an ace.

Jhoana Maraguinot, who made a comeback to this season, also helped the Katipunan-based team, scoring nine points.