MANILA, Philippines - The National Collegiate Athletics Association, through its policy board president Francisco Cayco of the Arellano University, announced that its 95th season has been officially terminated following the developments amidst the COVID-19 pandemic.


The decision was made after series of consultation with the policy board members.

The termination of the season is the first in modern times, as the last time that the league decided to terminally halt the remaining games of the season were during World War II.

Below is the screenshot of the announcement passed on by NCAA Management Committee Chair Peter Cayco and was sent to Dugout Philippines by Fr. Victor Calvo, O.P. through social media. 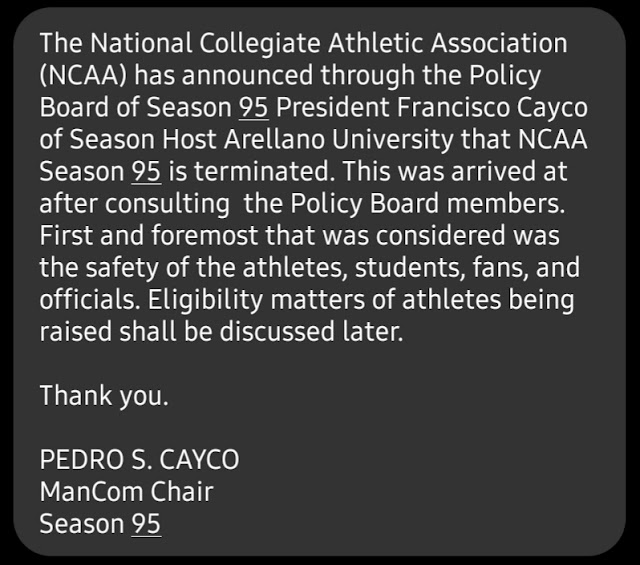