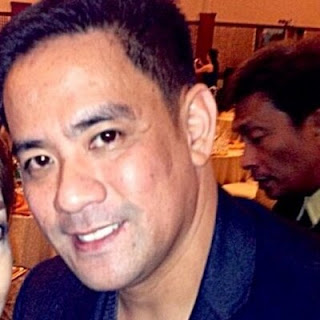 As confirmed by the PBA website on Wednesday, Mendiola, a one-time PBA champion and SEA Games gold medalist, breathed his last the day before after a long battle with a lingering sickness.

Mendiola's death just five days after his 45th birthday came as a surprise to many of his friends as they thought he is on his way to full recovery.

He was actually just fresh from being transferred to a regular hospital room at the Cardinal Santos Medical Center after staying in its ICU following a surgery in his lungs.

Despite a short-lived play-for-pay career that saw him leaving the PBA after just one season with the Purefoods franchise, the former guard had a colorful one.

Following a stellar amateur career in which he won three college titles for PSBA as well as playing for Oriental Battery and Welcoat in the PBL, Mendiola went to the pros after the Pangasinan Presidents (later Waves) signed him up for the inaugural MBA season in 1998. He later had stints with the Laguna Lakers and the Pampanga Dragons.

Mendiola declared for the 2002 PBA Draft and was chosen by Purefoods in the third round. He only played sparingly for 14 games, only averaging 1.4 points, 1.9 rebounds, and 1.1 assists per night in what would be his one-and-done stint with the now Magnolia Hotshots.

In spite of it, he left the league as a champion as the franchise won the Governors' Cup title that time after coming back from 0-2 down to beat Alaska.

Mendiola was also a champion in national team play as he won a gold medal for the Philippine team, then made up of fellow MBA stars, in the 2001 SEA Games.

He later turned into coaching, mentoring Trinity University of Asia in college and M-Builders in the PBA D-League.