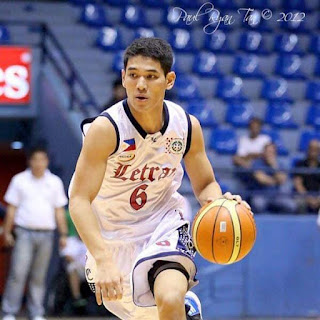 On Saturday night's guesting at a podcast show, Kevin Alas did not only share how he proposed to Courtside Reporter; Selina Dagdag but he also talked about her important role in his life. Photo courtesy of Paul Ryan Tan / Kevin Alas' Facebook

Not known to many, it was his former teammate; Juami Tiongson that played cupid for Kevin and Selina - and the rest, as they say is history.

When Kevin suffered back to back ACL injuries, the former Letran Knight admitted in an interview at The Ultimate Fan Hub Podcast on Saturday night, that he felt depressed having to go through such ordeal but Selina kept him afloat.

"Honestly, depressing yung pinagdaanan ko pero she has been so encouraging, telling me that God is always with me. We would pray together, supported me all throughout the time na na-injured ako," Kevin said.

Kevin has nothing but the best words to say about Selina as she was his main support system, along with his family at the time when he suffered the injury that could have ended his young career in the PBA.

Just last year, Kevin proposed to Selina on their anniversary trip in Taiwan wherein he connived with her friends to pull off the proposal.

Despite the pandemic, Kevin mentioned that the preparations for their wedding is on track, however, their only worry at this time is if their preferred date would be affected. If that happens, he said that they are willing to reschedule their wedding because it is important for them to share such occasion with their family and friends.

Watch more of the interview of Kevin Alas at The Ultimate Fan Hub Podcast below: