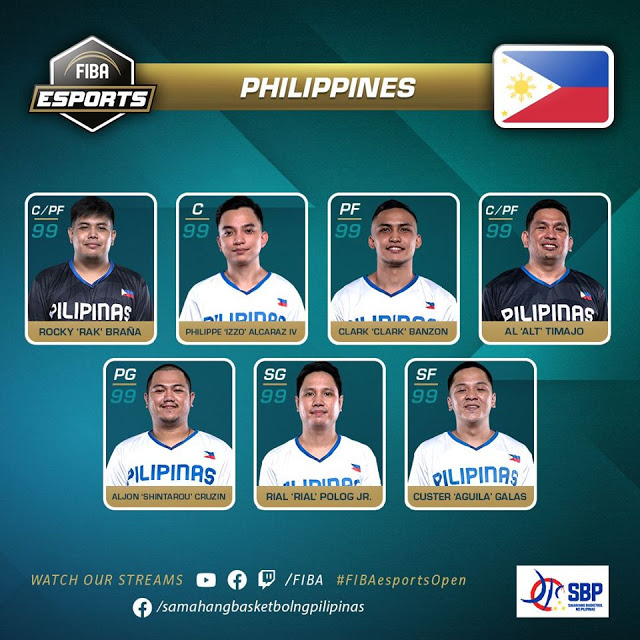 MANILA--The Philippines is known as a powerhouse country in basketball and esports.

Now, the country can show the best of both worlds through the inaugural FIBA Esports Open happening this weekend.

With this, Philippine team captain Philippe Herrero sees his squad as one to watch out.

“I believe Team Pilipinas is a dream team, and I'm just humbled that I'm part of this because I have been playing this game almost half of my life,” Herrero, the 2018 NBA 2K Asia Champion, said in an online press conference on Wednesday.

Like him, the other players in the lineup are no pushovers.

A year before Herrero accomplished the said feat, Custer Galas won the continental tournament as well.

Rian Polog, on the other hand, is a two-time NBA 2K Asia Champion and became part of the NBA 2K League Draft.

The Philippine team will take on Indonesia in a five-game series beginning Friday night to determine the best Southeast Asian team in NBA 2K.

The games will be played in Pro-Am mode, in which the players will control virtual versions of themselves doing their specific roles and team up to victory.

"Our participation in the FIBA Esports Open 2020 is an amazing opportunity to show the whole world that Philippine Basketball is a force in any arena that it is played in, digital or otherwise,” said SBP president Al Panlilio.