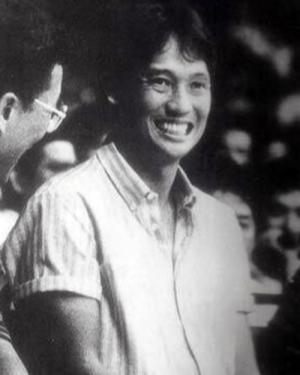 MANILA--In the 45-year history of the PBA, only five teams have completed a single season treble, more popularly known as a "grand slam".

Two of them came from the same franchise, while two more were engineered by the same head coach. The other one, the 1989 San Miguel Beermen, was banked on the core of one of the best national team programs ever assembled, the NCC training pool.

While each grand slam team had a story to tell, one may ask which club is better. For Coach Tommy Manotoc, however, there is no need to answer that.

"It would not be fair to compare generations with the styles [they played]," Manotoc, the head coach of the 1983 Crispa team that swept the three titles on the line in the PBA's ninth season, said on Saturday during the Usapang Basketball podcast.

The former U/Tex and SMB gaffer also said, "I think they should all stand among their times."

Manotoc, who was also a professional golfer before becoming more known as a basketball coach, likened pondering which grand slam team is the best to comparing Ben Hogan, a golf legend during the late 1940's and 1950's, for Tiger Woods, one of golf's modern day heroes.

Manotoc then explained that the evolution of the game of basketball makes it harder to compare and even rank the grand slam teams from one to five.

"Even the type of player and coaching are already very different," he added, citing that Norman Black, the coach of the 1989 SMB team, and Tim Cone, the main man of the last two grand slam teams, the 1996 Alaska Aces and 2014 San Mig Coffee Mixers (now Magnolia Hotshots), are "in a different class."

Coming in to replace Baby Dalupan, Manotoc inherited the core of the 1976 Redmanizers that won the PBA's first grand slam.

Despite losing to arch rival Toyota in its season opener, Crispa would win its last 12 games including the round robin semifinals and a sweep of Gilbey's Gin (now Ginebra) in the finals to capture the Philippine Cup title.

The Redmanizers signed up former NBA star Billy Ray Bates for their import-laden conference campaigns, and they won the Reinforced Conference and the Open Conference (with DeWayne Scales) titles to complete the grand slam.

Their newfound success spilled to the 1984 First Conference, where they once again defeated the Tonics in the finals, but that turned out to be their last hurrah as they sold their franchise to Shell after the season. Manotoc left Crispa just before its finals rematch against the Ginebra franchise due to health reasons.