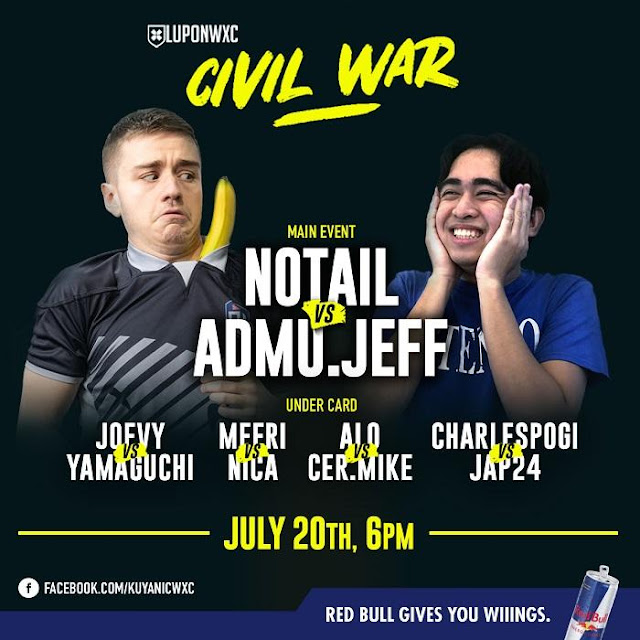 Ranged against skilled battlers in the country, Dizon reigned in the Red Bull R1v1R Championship, leading to a dream showdown against Sundstein.

Drifted along the hard road of his glory, Dizon has the chance to prove his worth as the ruler of the river in the hands of Sundstein on the face off for 1v1 mirror match.

After establishing a recognition in the international scene of Dota 2, Sundstein, the team captain of the two-time The International champions, has to lead his team in the midst of four major Dota 2 champions.

Pushed to a tough rivalry against one of the most prominent player in the Esports, Ateneo's paddler relies on the luck of first kill on the enemy T1 tower to accomplish his mission.

Taking places in the custom map built for the version of Dota 2, Red Bull R1v1R takes control of the players in a fast-paced one-on-one game which rewards intuition and the capability of making rapid decisions.

The matches will be streamed live on KuyaNic's Facebook page.