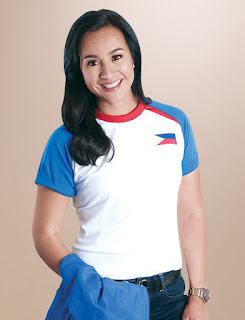 MANILA--Former champion equestrienne Mikee Cojuangco-Jaworski has been voted into the executive board of the International Olympic Committee.

Following a vote made during the IOC's 136th session, the first to be done online due to the COVID-19 pandemic, Jaworski took one of two seats to the IOC executive board along with fellow equestrian Gerardo Werthein of Argentina.

Jaworski and Werthein will replace Sergey Bubka, whose term in the board will come to an end after eight years, and Ser Miang Ng, who has been elevated to vice president.

Jaworski, a 2002 Asian Games gold medalist, became the first Asian woman to be elected into the powerful board.

With the election of the daughter of former Philippine Olympic Committee president Peping Cojuangco to the IOC executive board, the number of women in the said board increased to one-third of the total number of members.

"The session has demonstrated the IOC’s commitment to promoting gender equality within its leadership," the IOC said in a statement.

The former actress will become part of a group that will lead the way in the IOC administration and assure that everything will adhere with the Olympic Charter.