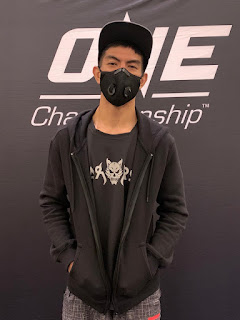 MANILA--On Wednesday night, Drex Zamboanga vowed to Filipino reporters that he will improve his grappling skills if he wants to thrive at One Championship.

Zamboanga made a statement in his One debut, submitting Detchadin Sornsirisuphathin at One: A New Breed at the Impact Arena in Bangkok on Friday night.

Zamboanga showed his brilliance in Round 1, using his height and reach advantage to keep Sornsirisuphathin out of his groove.

The Thai fighter finally got something early into Round 2, even forcing some swelling in Zamboanga's right eye area.

But just when the round was about to end, Zamboanga went on a rear naked choke that sent Sornsirisuphathin to sleep.

Zamboanga has now won two straight fights overall and moved up to 9-5, scoring his fourth victory via submission. Sornsirisuphathin fell to 8-6.