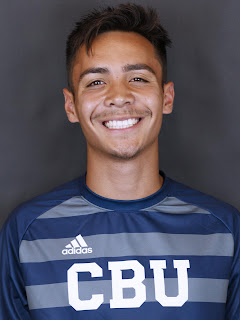 MANILA--Stallion Laguna, known for pulling off acquisitions from essentially out of nowhere, made yet another sleeper signing.

The Binan-based club inked Finn McDaniel into a contract that would make him part of the team for the upcoming PFL season.

The midfielder himself announced the signing on Sunday.

"I am extremely blessed to announce that I have signed my first professional contract with Stallion Laguna FC," McDaniel said via Instagram.


I am extremely blessed to announce that I have signed my first professional contract with Stallion Laguna FC. Thank you to all of my family, coaches and teammates that have helped me achieve this dream of mine. See you soon Stallions😉 #FM23
A post shared by Finn McDaniel (@finn_mcdaniel) on Aug 8, 2020 at 10:00pm PDT

The 20-year-old McDaniel played for the under-22 Azkals in last year's Southeast Asian Games with Nierras as part the coaching staff.

The U22 Azkals became known as the first Philippine team to beat Malaysia in SEA Games play since 1991 and for coming just close to making a semifinal return.

McDaniel was also seen in last year's Copa Paulino Alcantara with the U22 Azkals, who used the PFL's cup tournament as part of their buildup for the SEA Games.

Prior to turning pro, McDaniel played for California Baptist University, a US NCAA Division 1 school.