SOME professional teams have become fan delights not just because of their style of play but also of the style of some of their players.

In fact, these clubs became centers of attraction for girls and even the boys due to the players' grooming.

Here are 10 teams, however, that stand out.

James Yap, despite his age, maintains a charisma that makes the fans marvel at him.

Even if he now has an Italian girlfriend, the 38-year-old gunner remains one of the PBA's crowd favorites.

Now wonder why the fans of Rain Or Shine increased when he was traded there for Paul Lee.

Javee Mocon also possesses the charm for the Elasto Painters, however, like Yap, he is also taken.

Meralco has slowly become a title contender in the PBA, especially in the Governors' Cup with resident import Allen Durham.

However, with players like Anjo Caram, Nico Salva, Trevis Jackson, and Aaron Black, the Bolts have also slowly become a charm for the female fans.

John Vic De Guzman is one of men's volleyball's faces.

So it is not a surprise that PLDT has a good fanbase in Spikers' Turf.

However, the Power Hitters have a strong squad with Mark Alfafara and Jayvee Sumagaysay helping De Guzman in leading them. 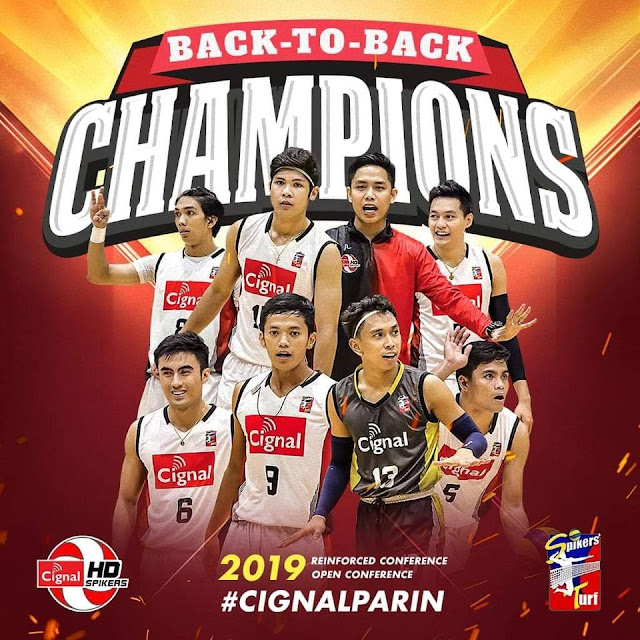 Cignal arguably has some of the big names in men's volleyball.

At one point, Cignal had Marck Espejo, who holds the UAAP and Spikers' Turf records for most in just one game.

They do not just have the good looks but also the hard spikes.

No wonder they won the grand slam in last year's Spikers' Turf season.

While Kiefer Ravena is already in a relationship with Alyssa Valdez, his leadership is enough to be considered a charm for the PBA fans.

Kevin Alas' explosiveness also suffices to get the fans hooked, although he just got married to Selina Dagdag.

While NLEX's two superstars are taken, you can still find good-looking guys in the team in Kris Porter, Kyles Lao, Jericho Cruz, Larry Fonacier (although they are already married too), and Anthony Semerad.

Since the Younghusband Brothers announced their retirement earlier this year, Stephan Schrock has become the face of Philippine football.

From an energetic midfielder early into his career, Schrock has blossomed into a leader for both the Azkals and United City.

No wonder why new Head Coach Trevor Morgan assigned him to become a playing assistant coach for the reigning PFL champion.

Of course, there is also prolific striker Bienve Marañon, the AFC Cup's all time leading scorer.

The Azkals Development Team is the latest addition to the PFL.

Already strutting its stuff in last year's Copa Paulino Alcantara, the ADT will now play one full season in the PFL.

Led by striker Jarvey Gayoso, the ADT is expected to give the other five PFL clubs a run for their money.

But aside from his talent, Gayoso, the son of PBA legend Jayvee, also has good looks as well as Kristofer Reyes, Simen Lyngbo, and Curt Dizon.

Actually, the ADT's youthfulness makes the club an attraction among football fans.

Alaska may have lost its prime good looking guy in Chris Banchero, but the player Magnolia exchanged for Banchero turned out to be good looking too in Robbie Herndon.

Mike DiGregorio also joined Herndon in the Aces' camp through a separate trade.

Teaming up with veterans Jeron Teng and Rodney Brondial, they revived what Alaska has become ever since it joined the league in 1986, a team with the right amount of brawn and beauty.

NorthPort may have some of the PBA's "crushes ng bayan".

Having Jonathan Grey alone suffices that the Batang Pier are apples of the fan's eyes.

But they too have Robert Bolick, Sean Manganti, Renzo Subido, Kevin Ferrer, and Chris Standhardinger.

Fresh from making the semifinals last season, NorthPort could be in for a title run this PBA season, and this could sound good news to its fans.

Some Maharlika Manila players may be over 30 now, but they still possess the charisma that makes them a potential crowd favorites once they debut this PFL season.

Actor Daniel Matsunaga, who is making a return to top flight football, is already an eye-popper for the fans by himself.

Watch out for this club this PFL season.

Disclaimer: The views and opinions of the writer do not necessarily reflect those of Dugout Philippines.